US equity markets were pressured this week by news of impeachment proceedings against President Trump. The ratcheting up of the trade war with China was the final straw for the markets on Friday with the IWM (Small Caps) leading the decline, down over -3% for the week.

Trump announced the he’s considering limiting China’s access to our equity markets and end IPO’s of Chinese domiciled companies on US Exchanges. Markets did not like that at all and sold off hard immediately.

Speaking of IPO’s, We Work decided that an IPO won’t work, terminated it and fired its CEO. The trickle-down effect impacted the IPO of Peloton, whose stock backpedaled and closed down- 15% from its IPO offering price.

All this points to a tenuous situation for private equity and it has significant implications on several fronts. The most significant impact could be that value stocks that have had a positive ROI, may finally look attractive.

This week’s highlights are:

The possibility that a major long-term top to this ancient bull market largely predicated on negative rates could already be in. Of course, we could also be a just tweet away from a major blow off to the upside. Considering all the compression and sideways action, whichever way this market heads is going to set off some fireworks.

As we head into October, we need to be extremely vigilant on risk control as when its bad, it’s very bad (think October 1929, 1987, 2008,) and when its good, it’s pretty darn good. Check out our Alpha Rotation quant-based model that has navigated thru these treacherous times with ease.

Best Wishes for your trading! 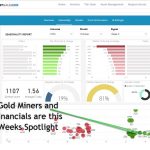 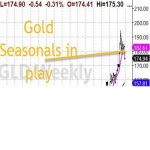